ok, so beginning this challenge, I kinda just found some random book lists that had the "most anticipated books of 2017" or the "best of 2017" ... so I wasn't really sure what I was in for when picking up these books!  HA!  I didn't read the backs of books, I just thought they looked interesting and got good ratings ... so I dove in!


hence where we start with hidden bodies by caroline kepnes.  I had NO idea what to expect, but the first page had me captivated and wanting to read more.


she is a VERY descriptive writer.  she wrote this book in the way that every chapter kept you hanging and you didn't want to put it down.


the premise of the book was ... well ... different for me.  but that is the whole point of this challenge ... push me out of my "typical book list".  so this was a good book to put me into gear.


HOWEVER ... I can't say I LOVED the book.  it was pretty dark, had a lot of foul language and was very descriptive at times, as I mentioned above, maaaaaaaaybe a little more than I would have chosen.  BUT ... even though I wasn't the biggest fan of the book ... it was quite intriguing and had me from page one.


I feel as though I keep flip flopping with this particular book ... I didn't love it but it wasn't the worst I read ... it kept my attention, which I feel makes a great writer.  even if you aren't a fan of the entirety of the book ... the writing was good in my opinion.


I don't know that I would particularly recommend the book ... perhaps depending on the person ... but I liked caroline's writing, so I am inclined to read more of her books.


I don't think this book was a fail ... it has definitely kicked started my challenge into full momentum, so I call it a win! HA!


I feel incredibly contradictory in this post!!  maybe I'm not the best person to review books!!  but if you are reading this ... I'm going to keep reviewing the books I read!!

let me add ... I found out AFTER the fact that there is actually a book PRECEDING this one :(  which I was completely unaware of ... BAHAHA maybe that will teach me for not reading up on a book before I pick it up!! *face palm*

I am going to give this book a 3 out of 5.  solely for the reason that I liked the writing, because it was captivating, not so much for the content of the book.

much love, b
Posted by brittany danae at 10:08 AM No comments:

i've decided, as i have in previous years but have never succeeded, that this year i'm going to read more.  but actually 2017 is the year.  i am going to commit to reading 20 books this year.  doesn't sound like a lot on one hand, but on the other, i'm like omg that's a lot of books (!)  anyways, here goes nothing!

i've taken a list of books to read from Dear Crissy and a few from top 10 lists on indigo and a couple that i've been wanting to read. i'm going to start using goodreads (which i'm really hoping keeps me motivated ... and if you are on goodreads ... let's be friends! *insert my link for goodreads to find me, but i don't know how to do that*)

some of these ... i'm not really sure if they will be my style ... but meh why not give them a try.  i wanted to read some non-fiction, fiction, biographies/autobiographies and some "self-help" books ... so there's some variety!

i went on the calgary public library website today and started putting holds on these books ... so i'm at 20+ holds right now ... haha i'm like pretty much i'm crazy pants.

1.   spinster: making a life of one's own by kate bolick
2.   orphan train: a novel by christina baker kline
3.   the underground railroad: a novel by colson whitehead
4.   truly madly guilty by liane moriarty
5.   the nest by cynthia d'aprix sweetney
6.   the tipping point: how little things can make a big difference by malcolm gladwell
7.   the book thief by markus zusak
8.   the zookeeper's wife: a war story by diane ackerman
9.   me before you by jojo moyes
10. moonglow by michael chabon
11. bring me back by micalea smeltzer
12. small great things by jodi picoult
13. faithful: a novel by alice hoffman
14. all the missing girls by megan miranda
15. what she knew: a novel by gilly macmillan
16. the nightingale: a novel by kristin hannah
17. a man called ove by fredrick backman
18. a house without windows by nadia hashimi
19. it ends with us by colleen hoover
20. i let you go by clare mackintosh
21. you are a badass: how to stop doubting your greatness and start living an awesome life by jen sincero
22. dark matter: a novel by blake crouch
23. the magnolia story by chip and joanna gaines
24. the couple next door by shari lapena
25. when breath becomes air by paul kalanithi
26. hidden bodies by caroline kepnes
27. the girl before by jp delaney
28. the silver star by jeannette walls
29. we were the lucky ones by georgia hunter
30. the improbability of love by hannah rothschild

ok there it is! i feel like this is a huge commitment and feels like a lot of reading ahead of me!  haha but i am excited.  i'll be posting a blog post with each book i read.  this is in no particular order of how i will read these books.  right now i am reading spinster: making a life of one's own.  i'll post something in the next little bit and give some updates about it as i go.

i may add or remove books as i go, but will keep this as up to date as i can!

much love, b
Posted by brittany danae at 1:42 PM No comments:

Last week I got diagnosed positive for celiac disease.  I was 100% in the pits when my doctor told me the news ... I immediately started thinking of everything I wouldn't be able to eat, how my life style would have to change, how I would have to start reading EVERY label, how i needed to go buy a new toaster, etc. ... the negative flooded my head.  After all the news I've received within the last month from my doctor ... quite honestly, I never want to see my doctor again ... HA!

Let's back up a month ... I went for my annual physical (which let's face it means ... every hmmm 4-5 years for an annual ... haha maybe I should fix that!) I was having concerns because I wasn't getting my cycle on a regular basis ... So my doctor, being amazing as she is, decided to be thorough and send me for testing ... now when I say testing I mean ... let's mark off every box on your requisition form and take about 1000 litres of blood!  She also sent me for an ultrasound ... this is what confirmed that I have Polycystic Ovary Syndrome (PCOS).  Now this is kind of where the negative thinking started ... I check off every box for every side effect of PCOS ... why me ... why ... sigh.  This doesn't mean I'm dying so I shouldn't be bummed right?  But I still am ... there are a lot of things that can go wrong having this ... I am higher risk for things that really anyone could get ie. heart disease, weight gain, blood sugars, cholesterol ... really, things everyone has to be aware of ... I just have to be even more aware of it.  Infertility is a big one with PCOS ... not that I'm even thinking about kids right now ... but for someone who has always wanted to be a mom ... huge bummer that this could be the case.  It's not for sure, but the chances are higher.

Really all I'm trying to say here is, I'm scared and worried and these are all the things that are going through my head when I hear what has been causing A LOT of my problems including but not limited to ... acne, sleep apnea (which isn't 100% positive I have it, but another test I have to go for), irregular cycle ... after all of this negative ... let me tell you where my head went ...

A LOT more things make sense about me now.  Instead of going to the doctor and her coming back to me saying "we don't know what's wrong" it was the opposite ... don't get me wrong, I don't want there to be something wrong, but knowing what it is allows me to get better and be me again.  It allows me to know what's wrong and fix and change things I am doing.

So back to the point of this ... saying goodbye to gluten ... I have gone off gluten before, and I felt fabulous!  So, being celiac ... maybe not such a bad thing (trying to be positive here!).  I have decided to take the approach that it's not "look how many things I cannot eat" or "this is so hard, gluten is in everything" it's going to be "I have to alter and adjust what I eat, but at the end of the day I'm going to feel so much better".
Because being "gluten-free" is a fad ... there are so many more alternatives then there used to be.  The flip side of that is because it's a fad a lot of people don't take you seriously when you have a severe allergy (buttttt ... that can be a rant for another day!).

Going back to my last appointment with my doctor ... yea it was horrible news, but again my doctor is so amazing and so encouraging ... she is celiac herself, so she is an awesome resource to have.

All in all it's been a month of bad news ... despite having a rocky, negative start ... I am committed to being positive about the change in my life and looking at it as a healthier lifestyle.

There isn't much I could have done to avoid this.  And I have to keep believing that God has a plan for me, even my health, but He will never give me more than I can handle.  This seems hard right now, but with His strength, this will be easy.  He is bigger than PCOS or celiac disease. 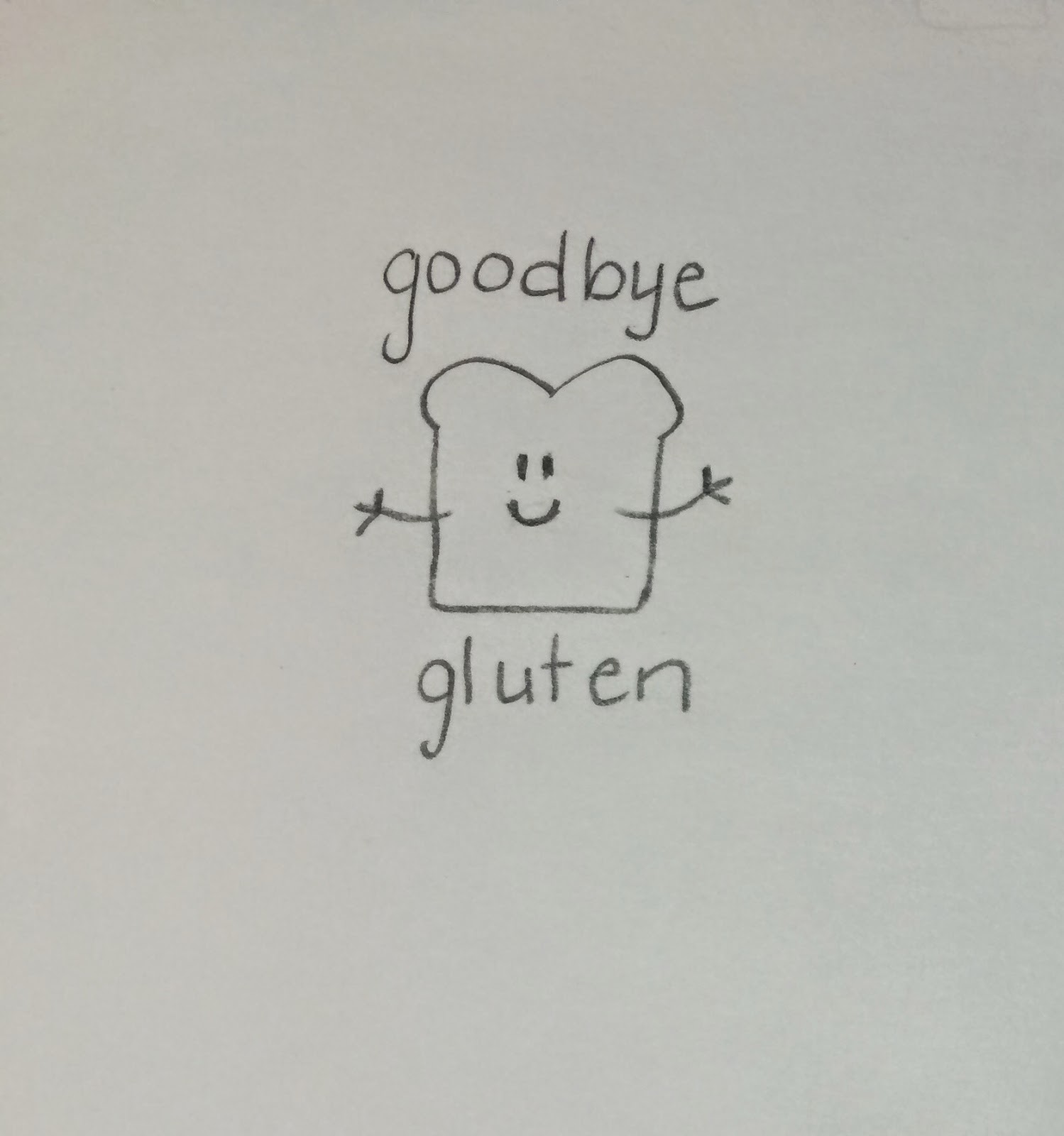 So for now it's ta-ta gluten and hello healthy living!

it's the confidence you portray
even when you don't feel confident,
if you believe somewhere deep down that you are
...
it will show

"confidence is the most beautiful thing a girl can wear" 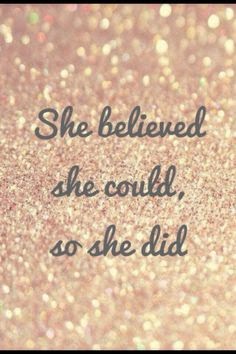 I have SO much to be thankful and I am thankful with such a grateful and full heart this year!

mostly I am more than thankful for my family: daddy, mommy, derek, sarah, jesse, matt, judah and hunter ... I couldn't do life without any of yous. you all make me laugh, smile, cry (in good ways) and love you even more every day for so many reasons, all very unique. bottom line life is so much better and sweeter with each of you in it. thank you for always loving me and never letting me down. Im so happy I was placed in this family!

writing this down makes me realize I could go on for hours ... because I have so many things I can say I'm thankful for ... and I know a lot of them are cliche, but I say each one for a reason because to me ... I really am thankful for each and every one of these things ... cliche or not :)

maybe this will encourage you to make a list of your own and realize, even when life is tough ... there is ALWAYS something to be thankful for and we are all beyond blessed and loved. and today remember just that ...

you are so loved

I am thankful for you! 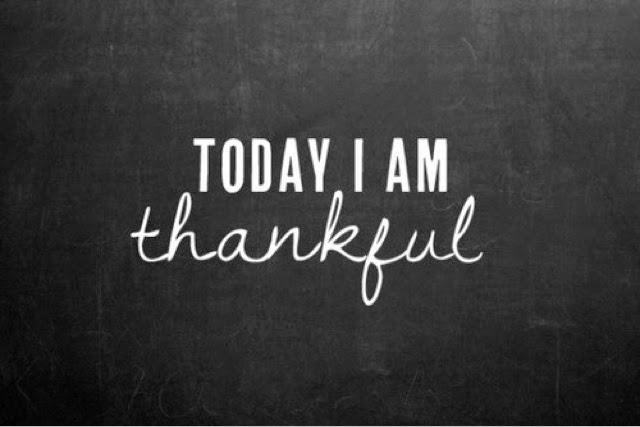 Posted by brittany danae at 11:11 PM No comments: 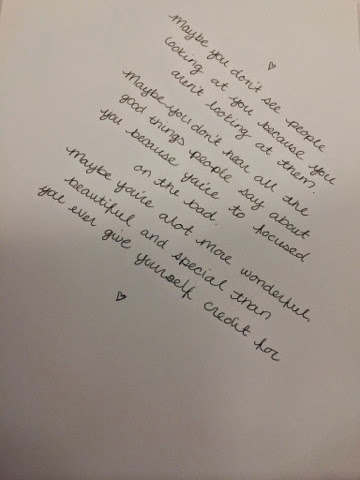 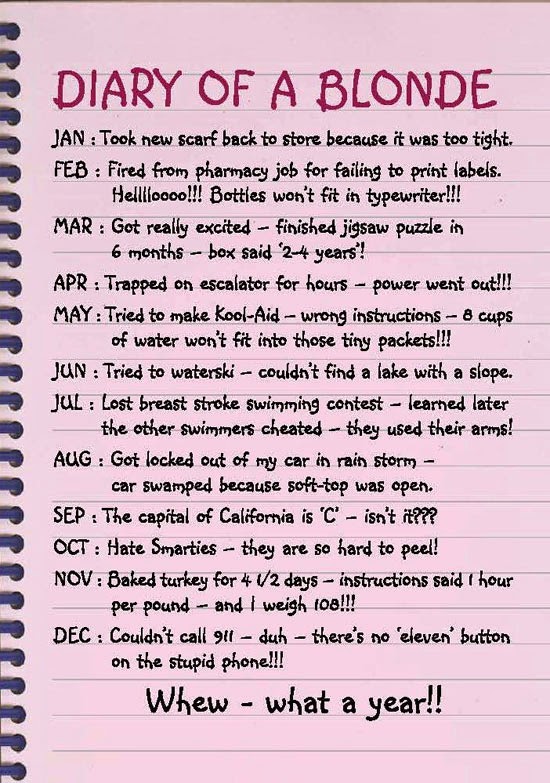